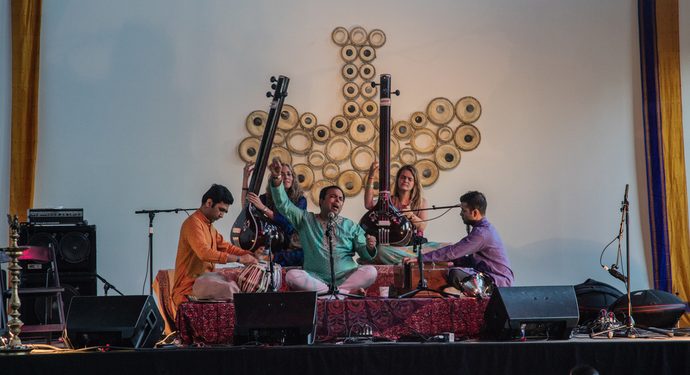 Founded and produced by the Brooklyn based musician and radio host David Ellenbogen, the annual Festival was born in 2012, a 24 hour live radio broadcast on New York City’s WKCR 89.9 FM featuring over 50 musicians.  The concept was to beam out 24 hours of raga which largely conformed to this time cycle but also reflected the innovations occurring within the music today. These innovations have led to what is now has been recognized as a “Raga Renaissance” 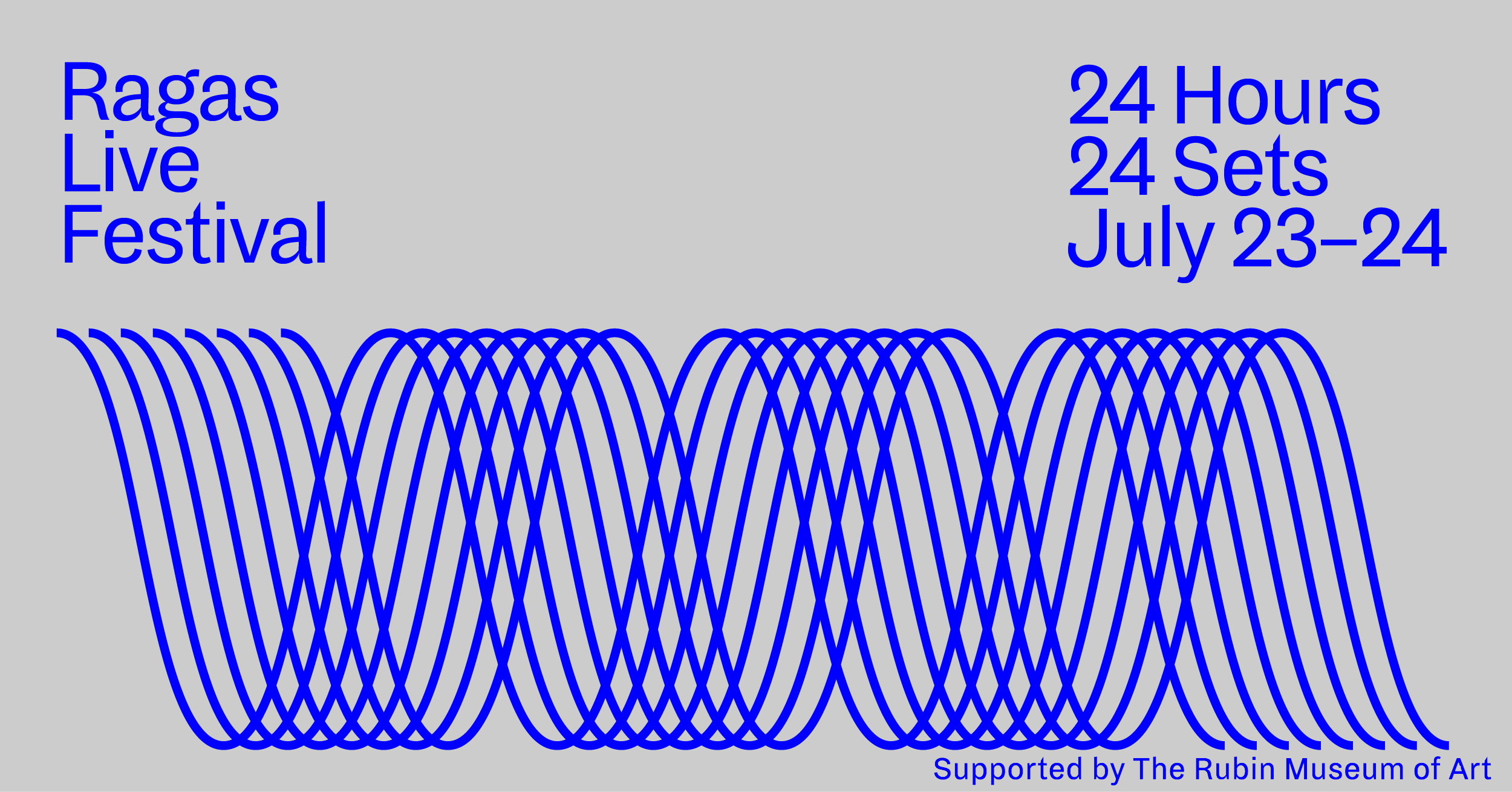 In the ensuing years, Ragas Live Festival grew to have an international impact, expanding the audience of raga with more media and community partners and dedicated listeners all over the globe.

In 2016, after numerous requests from listeners and performers, the festival took an inevitable giant leap. With the support of The Rubin Museum of Art and Brooklyn Raga Massive,  they brought broadcast out of the radio studio and in front of a live audience in the stunning location, Pioneer Works.  The 50,000 square foot space, with banks of windows to allow the audience experience the changes in light along with changes in raga, and the manicured outdoor area with hills and trees for breaks was the perfect match.

Entering it’s 6th year, it has grown to become an annual event that unites, electrifies and expands the audience of raga. It is the sole event of it’s kind (even in India) and has the active participation and promotion all the major Indian classical organizations in the region.  The live broadcasts reach audiences through the terrestrial radio station, WKCR 89.9 FM-NY and are streamed on the internet to international audiences, podcast on iTunes and NYC Radio Live.  Highlights have been broadcast by partner stations in Switzerland,  Radio LoRa Zurich 97.5FM, WCR FM – Wolverhampton England and Radio Al Farouk in Timbuktu, Mali.

The event is produced by the podcast NYC Radio Live, Brooklyn Raga Massive and Pioneer Works with support from The Rubin Museum of Art and in collaboration with WKCR, HarmoNYom, Chhandayan Center for Indian Music, Clocktower Productions, Krishna Bhatt’s Gurukul & Taalim School of Indian Music